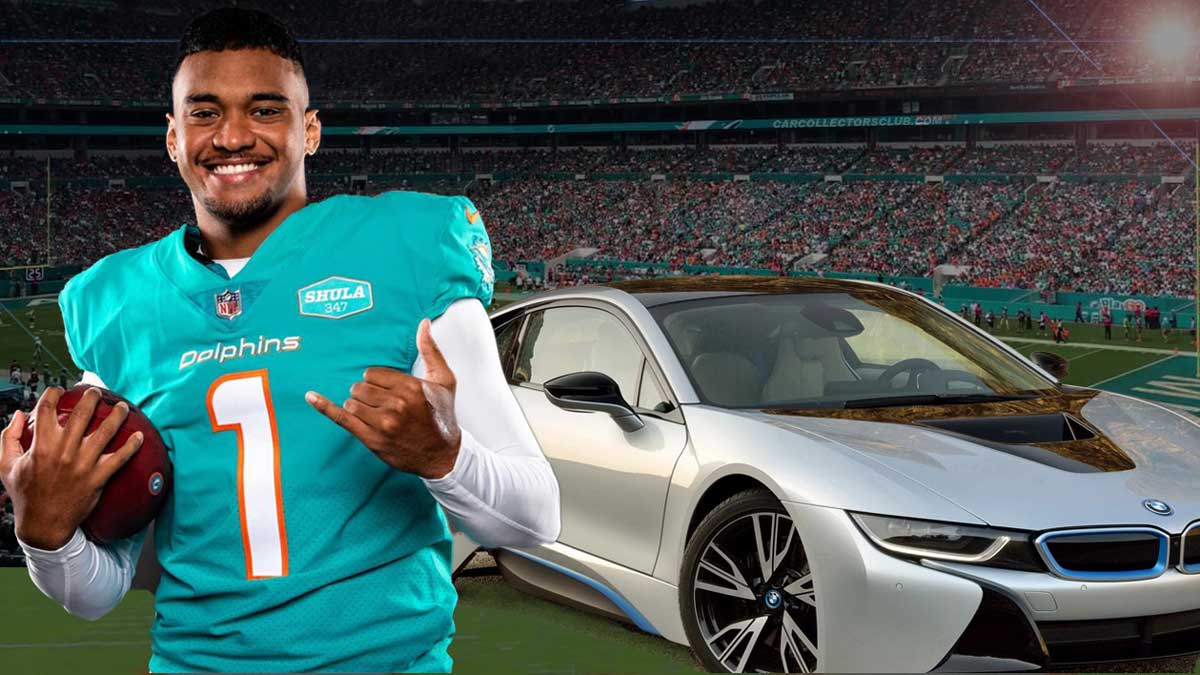 Tua Tagovailoa graduated from the University of Alabama, where he racked up a multitude of football trophies and awards. After turning Pro, Tua signed a four-year contract with the Miami Dolphins to the tune of $30.3 million, including a 19.6 million signing bonus. He moved quickly to Miami and bought a new home, gifts for his family, and bought himself a couple of new cars.

Tua Tagovailoa is the oldest of four children and grew up on the sunny island of Ewa Beach, Hawaii. He has always had a love for football, with his parents stating, “He would often sleep with a football in his arms.”

In his youth, he set many football records at Saint Louis High School (Honolulu, Hawaii) and was quickly recruited to the University of Alabama, where he earned accolades such as the Orange Bowl MVP, The Maxwell Award, The Walter Camp, and the National Championship in 2018.

With his college days behind him, he was next drafted by the Miami Dolphins in 2020 as a fifth-round draft pick and quickly signed a $30.3 million contract. His first pro football career purchase was a brand new, lakeside, 5,200-square foot home in Davie, Florida that included six bedrooms, 4.5 baths, and a pool. He then bought his dad a brand new Rolex and started building his car collection.

The first car in Tua’s car collection was a top-of-the-line Brand New BMW I8 performance car. Although the BMW i8 is a hybrid, the car boasts a whopping 420lb-ft of torque and accelerates from 0-60 in only 4.4 seconds.

This awesome BMW is powered by a 1.5-liter three-cylinder engine and EV, and inside the carbon-fiber/aluminum chassis is a 1485kg 7.1 kWh lithium-ion battery that powers two electric motors. This little eco-friendly performance car cost Tua Tagovailoa about $150k. (BMW Performance Specifications)

At about the same time, Tau quickly grew his car collection again by purchasing an AWD Deluxe Ford Flex. The Ford Flex is a large SUV and can accommodate seven passengers with room to spare.

The Ford Flex inside cabin is equipped with plenty of luxuries, including a 12-speaker Sony audio system, Ford’s Sync 3 touchscreen infotainment system, Apple CarPlay, and Android Auto capability. But the Ford Flex is not as eco-friendly as the BMW i8. The Flex SUV harnesses a 6 cyl, 3.5 L engine, resulting in only 16 miles per gallon in the city and 22 mpg on the highway. 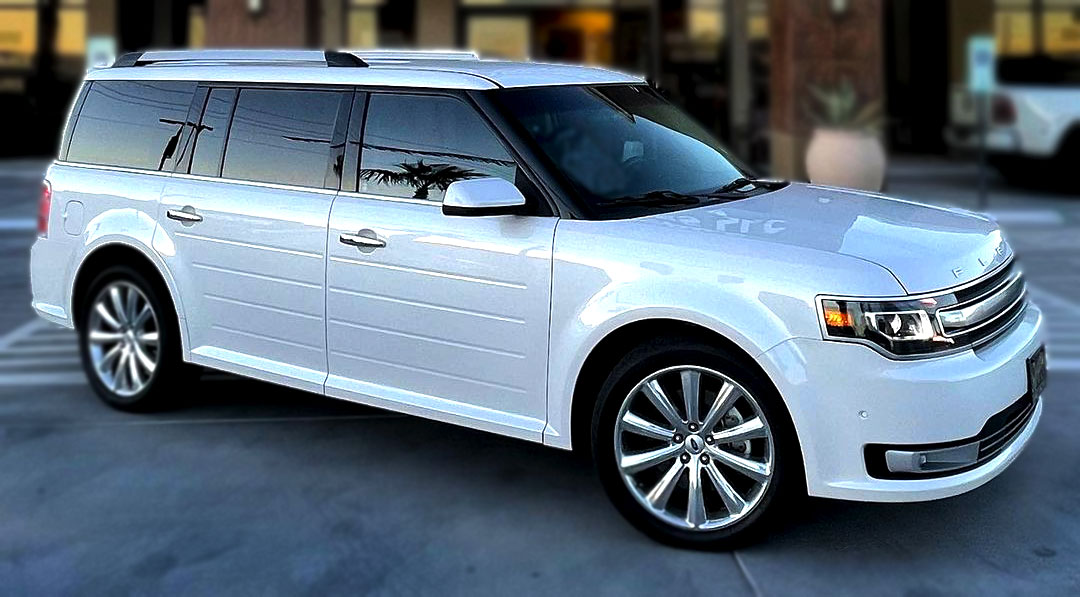 The Ford Flex is Tua Tagovailoa’s Daily Drive in Miami.

Why did Tau buy two cars so quickly? After being asked this question, Tua said:

“So after I got my Mom a car, I ended up getting myself two cars. I ended up getting a Ford Flex and then a BMW I8. The reason behind me getting two cars is so when my parents or my family members come to town, you know they can use either one of the cars.” He chuckles and continues, But the BMW I got because, I knew, no one else can get down that low in the car. And so I knew no one else would want to drive the BMW.”

Tua Tagvailoa Bought His Mom A Brand New Cadillac Escalade for on $80,000 on Mothers Day

Tua Tagovailoa’s first car purchase after turning pro was a Brand New 2020 Cadillac Escalade that he bought for his mother. He bought the Escalade at the last minute on Mother’s Day as a gift. Tua said,

“She always wanted a really nice and big family car, and so that’s why I got that car.”

In a social media post, he states, “I bought a car from my mom. It was a 2020 Escalade. I actually trusted my marketing guys to help me with that, and so literally, on Mother’s Day, I ended up calling my marketing team and asking them if they could help me get a car, and you know my mom. “

The 2020 Escalade is absolutely a luxury SUV that evokes the Hollywood (or Miami) lifestyle. Along with all the glitzy chrome, the Escalade includes five-star features such as an 8.0-inch touchscreen infotainment system, all-leather interior, heated seats, ventilated seats, self-parking assist, a blasphemous thumping sound system, and a powerful AWD 420-hp V-8 engine.  The base price for the Escalade is around $80,000.

And there you have it. As of Tua Tagovailo’s first year with the Miami Dolphins, his car collection includes a BWM i8, a Ford Flex, and a 2020 Cadillac Escalade. Though he doesn’t have quite the Tom Brady Car Collection or Aaron Rodgers Car Collection, we heard through the grapevine that he has his eye on a supercar such as a Ferrari or Lamborghini.