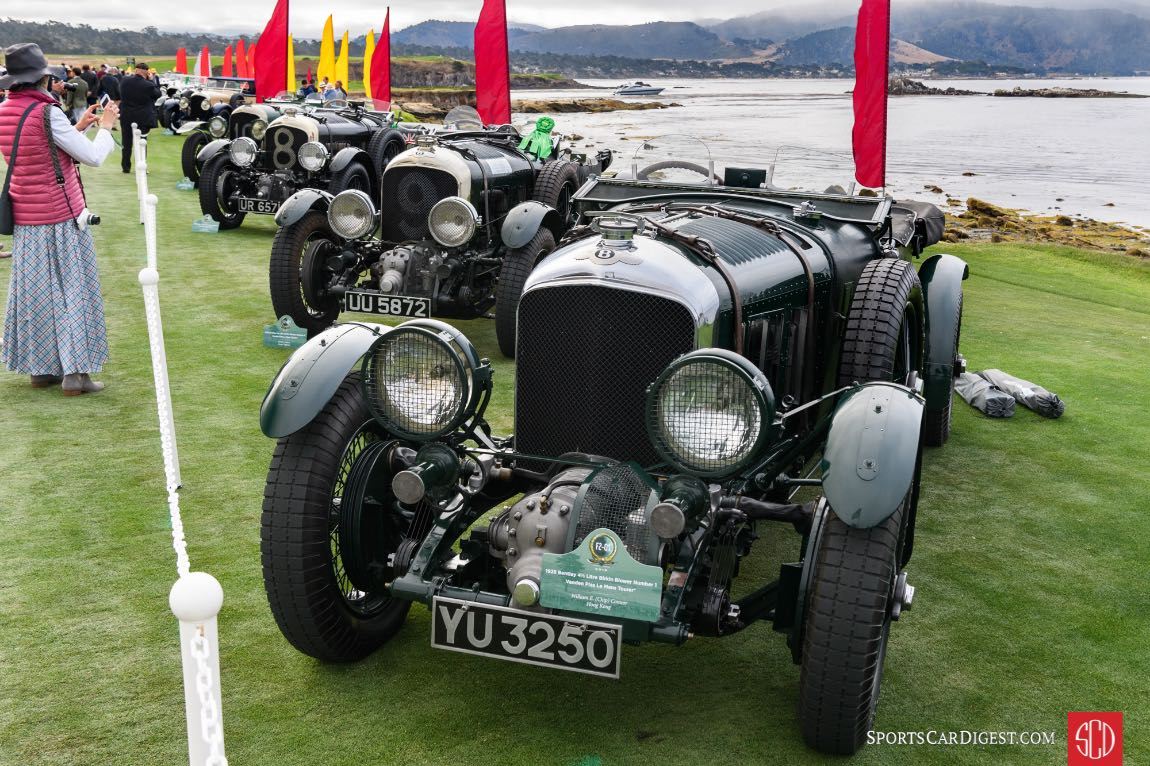 The 2019 Pebble Beach Concours featured 209 cars from 17 countries and 31 states on the 18th fairway of Pebble Beach Golf Links. Among the marques and models featured at this year’s event were Bugatti Type 59 Grand Prix and Touring, Lamborghini Miura, Historic Hot Rod ‘Cover Cars’, Ballot and the Zagato Centennial. The marque of Bentley also occupied a place of honor this year in celebration of the marque’s 100th anniversary, with a headline display of Bentley models situated against the backdrop of the Pacific Ocean. Bentleys amounted to roughly a quarter of this year’s competitors, filling six complete classes that include several special groupings. Entries ranged from the earliest surviving 3 Litre to a multitude of racing greats and postwar cars.

Created in 1950 to demonstrate the virtues of the latest cars, the Pebble Beach Concours is the jewel in the crown of historic vehicle restoration and conservation. The vehicles are judged based on technical value, style and elegance, with the aim of encouraging the preservation of our mechanical heritage. This yearly meeting of people passionate about automotive design, style and innovation pays homage to the great eras of motoring history.

The judging process at the Pebble Beach Concours d’Elegance is two-fold: Class Judges focus primarily on originality and authenticity, while Honorary Judges direct their attention to design, styling and elegance. To be eligible to win Best of Show — the event’s top award — a car must first win its class.

Best of Show at the Pebble Beach Concours d’Elegance 2019 was awarded to the 1931 Bentley 8 Litre Gurney Nutting Sports Tourer owned by Michael Kadoorie of Hong Kong. Other nominees for Best of Show included the 1938 Talbot-Lago T150C-SS Figoni and Falaschi Teardrop Cabriolet owned by Richard and Melanie Lundquist of Palos Verdes Estates, California, the 1936 Mercedes-Benz 540K Erdmann and Rossi Special Cabriolet owned by the Keller Collection at the Pyramids in Petaluma, California and the 1962 Aston Martin DB4GT Zagato Coupe owned by David F. MacNeil of Fort Lauderdale, Florida.