On Boston’s Upper North Shore, seasoned car professionals and students from the Endicott College are gearing up for one of the most anticipated and spectacular car events on the east coast.

Sometimes referred to as the Pebble Beach of the east coast, the Misselwood Concours d’Elegance event will take place at Endicott College’s Misselwood Estate to display some of the rarest vehicles in the world.

The event will take place on the majestic oceanfront front lawn of the estate and also feature a full weekend of events including live entertainment, gourmet foods, art and fashion shows, and hundreds of rare and vintage automobiles. 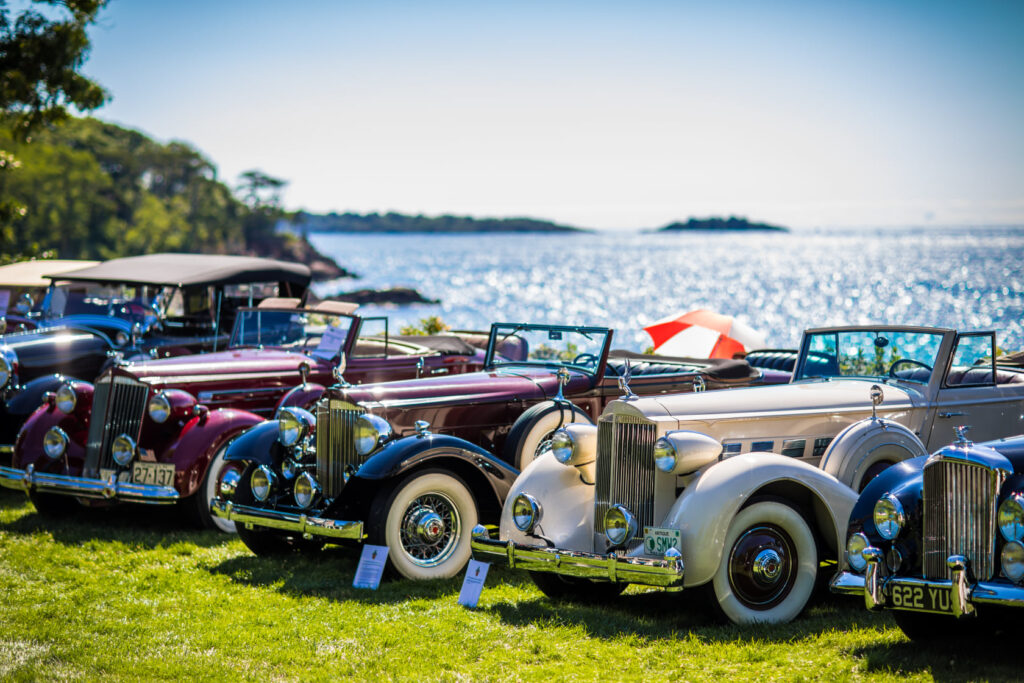 Since having to cancel the 2020 show, due to the Covid-19 virus, this year’s Concours is already gearing up to be the largest yet.

Celebrating its 11th anniversary, thousands of car enthusiasts will gather with friends and family to view, touch, and experience over 125 award-winning collectible automobiles. 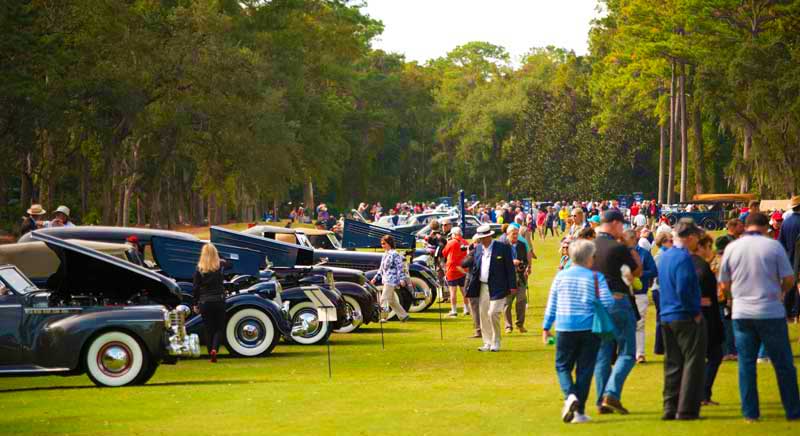 Rare vintage collectible Woodie Wagons, British Classics, Micro Cars, and vehicles from the Back to the Future will be in the spotlight for this year’s event

The cars date back to the 1900’s and feature such marques as Rolls Royce, Cunningham, Cadillac, Delahaye, Duesenberg, and Packard. But, also on display are new supercars and exotic cars, muscle cars from the 60’s and 70’s, both pre-war and post-war eras’, and a diverse selection of rare motorcycles.

“This year we have over 125 cars, and a variety of rare motorcycles, prominently displayed on the rolling lawns of our four and a half acre Misselwood Estate,” said Darren Stewart, Concours Chairman & Senior Operations Manager. “This year is our 11th anniversary of hosting the event since starting in 2010, and the year we are expecting over 3,000 car enthusiasts.”

At the Misselwood Car Show, you be able to view, touch, and experience each vehicle.

The Endicott College is no stranger to hosting events. In fact, most of its students study Hospitality as a career at the college. Darren Stewart states, “ At our college, we regularly host weddings, corporate outings, clam bakes, social events. We host over 100 events every summer. Students volunteer for all our events so they can have hands-on experience at running events.”

“Many of the students will be assisting in hosting this year Misselwood Concours which our largest event of the year.” Darren Stewart states. “A great deal of effort goes into the preparation and logistics for the Misselwood Concours. This year the students will be featuring an inaugural reception, a gourmet dinner, two fashion shows, food live music, a car-themed art show, and a scenic rally through Essex County the day before the car show.”

The main oceanfront lawn is a party and celebrates the most unique, rare, and luxurious automobiles.

“At both the rally and at the show, you will be able to see some very rare and valuable award-winning cars. Some cars are so rare that there are only a few in the world. ”Darren Stewart states. “Many of the cars have won awards at some of the most prominent Concous’s such as Amelia Island and Pebble Beach.”

“One of the major benefits of the Misselwood Concours d’Elegance is that it serves as a fundraiser for students that attend the Endicott College.” Darren Stewart states. “We offer both scholarships and financial help for students wishing to attend the college. In Fact, our first Concours, back in 2010, we have raised over $200,000 in financial assistance.”

Both Endicott College and the Misselwood Car Show are located along the Essex Coastal Scenic Byway which is also know to locals as Boston’s Gold Coast.

General admission for the Misselwood Concours d’Elegance can be purchased in advance, or online at $25 per person – kids are allowed in for free. There is plenty of free parking.

The Misselwood Concours is east coast tradition and is held at the historic Misselwood Estate, just down the Essex Coastal Scenic Byway from “Manchester-by-the-Sea” – which is often referred to as a playground for east coast millionaires. The estate and grounds were designed by famed architects Bigelow, Wasdsworthy, Hubbard, and Smith, Architects of Boston. It is a beautiful 4.5-acre estate oceanfront French manor estate built in 1928 and overlooks both Salem and Marblehead.

The Concours is a tradition for east coast car collectors- from Maine to Florida. But, the Misselwood Concours is also a national event. Cars collections will be on display from as far as California.

Past Vehicle Winners and Awards

Both automobiles and motorcycles will be judged by Rick Beecoff and Bob DeSantis who have been judging the Misselwood Concours since 2010. Car owners will compete for many awards but ultimately will compete for the most coveted  “Bud Lyon III Best of Show Award”. The Best of Show Award is a crowning achievement in the car collecting world and usually the last event of the show. 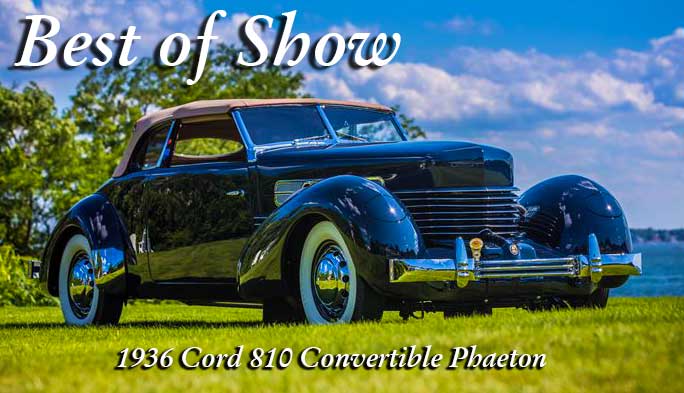 Thas they will compete for a variety of awards. One of the most coveted awards at the Misselwood Concourse “Best of Show Award” named after Ervin F. Lyon.  Bud Lyon was a prominent east coast car enthusiast and car collector and first to win the “Best of Show” award at the Misselwood car show. He also was the co-founder of the Lyon-Waugh Auto Group and founder of the American Power Conversion Corporation. Ervin F. Lyon passed away at 78 years old in 2012.

The following are past Ervin F. Lyon “‘Best of Show” Awards at the Misselwood Concours d’Elegance.

Past Best of Show Winners at the Misselwood Concours d’Elegance.

“Car owners and spectators alike are dazzled by the spectacular oceanfront setting, sloping lawns, and warm, inviting atmosphere. Serving as a scholarship fundraiser for Endicott College, the show benefits current and future students by providing them with much-needed financial support. The show takes place on the third full weekend in July each year. In 2021, we will be featuring British Classics, Woodie Wagons, Micro Cars, and vehicles from the Back to the Future Trilogy.”

Around 25 cars will be leaving from the Misselwood Estate and beginning the drive along the roads of Beverly around 9 am. After driving through Wenham on Grapevine Rd. and Larch Row we will head across Cherry St. and meet up with RTE. 97, which we will then follow all the way to the center of Georgetown. The drive will then take a left following RTE. 97 into Groveland, once we reach the Merrimack River we will then turn right onto RTE. 113 and head towards Newburyport. 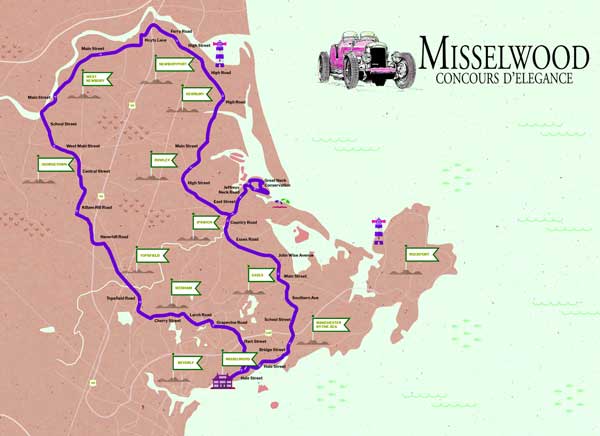 The Misselwood Rally Series includes 25 cars touring over 70 miles through the hills of Massachusetts roadways. The Rally starts and ends at the Misselwood Estate.

After a little detour by Maudslay State Park, we will meet back up with RTE. 113/RTE. 1A and follow 1A all the way into Ipswich. We will then take a scenic drive out to Great Neck and loop around and head back into Ipswich where we will then turn left onto RTE 133 and head into Essex.

Once we pass through Essex we will turn right onto Southern Ave. and head into Manchester-by-the-Sea. We will then turn right onto RTE. 127 and make our way back up the coast to the Misselwood Estate. The journey will have been close to 70 miles in total. Unfortunately, there will be no stops for public viewing, but please look for us on the road!

The main goal of this event is to raise funds for Endicott College student scholarships and to have fun while doing it. The easiest way to make a donation is to text MWConcours to 41444.