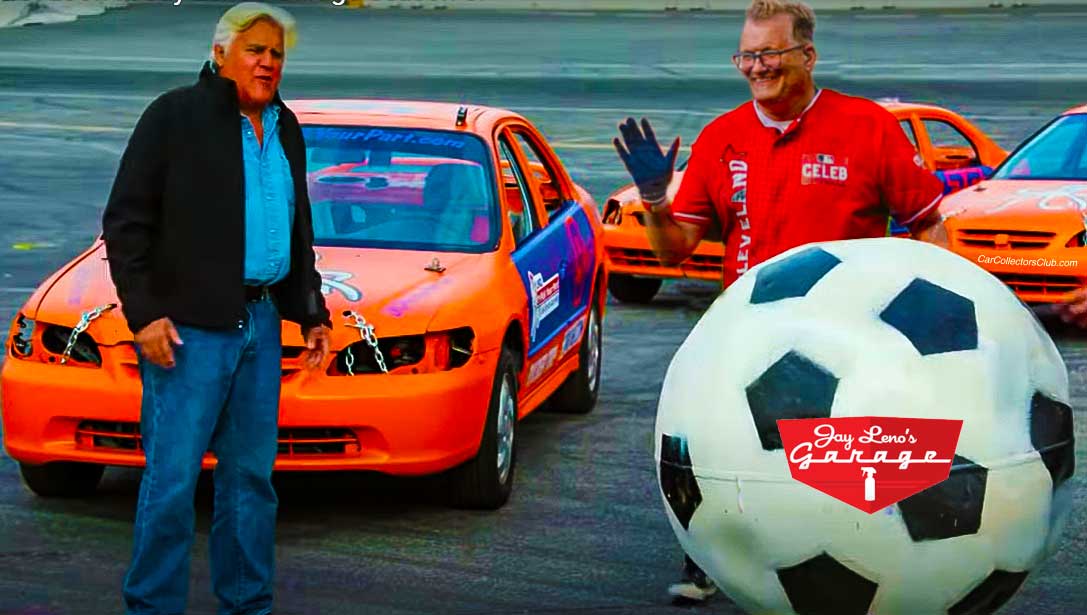 After years as a stand-up comedian, actor, and game show host, Drew Carey finds himself both destroying one car collection while showing off another.

As Jay Leno knows, Drew Carey has both a love for cars and a love for sports, specifically soccer. So much so, that Drew bought himself both a Mini Cooper and a minority interest in the Major League Soccer team Seattle Sounders.

The conservative Drew Carey, who starred in the TV contest show “The Price is Right, and was seen regularly in a suit and tie, went out and bought himself a regular Mini Copper and had it custom painted to practically match Joplin’s Psychedelic Paisley Custom Painted Porsche 356C. 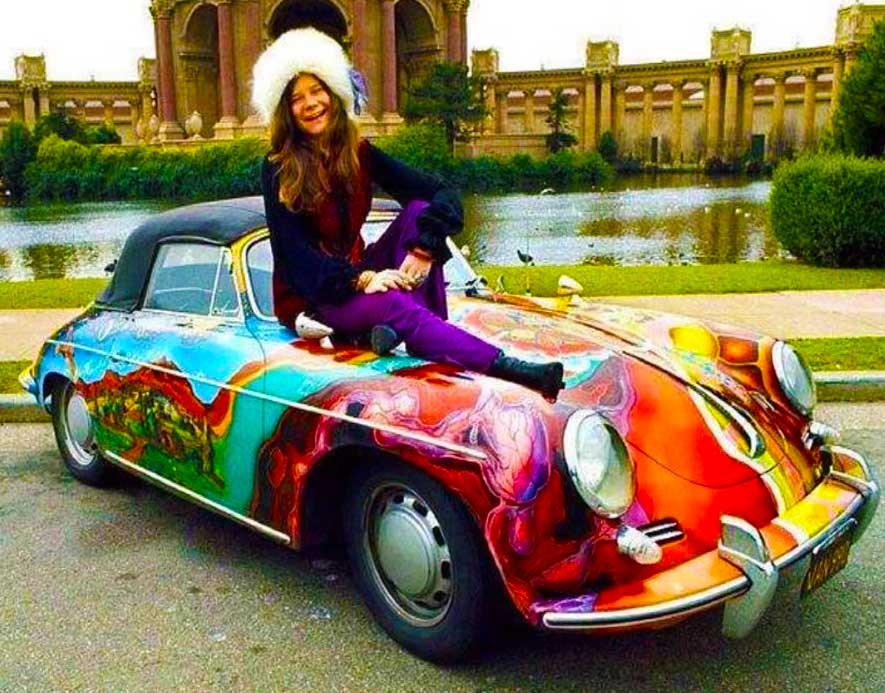 Joplin’s Psychedelic Paisley Custom Painted Porsche 356CDrew is quoted as sayings: “I love Mini Coopers – I wanted to buy a Mini Cooper. But I wanted one painted crazily like a Janis Joplin car.  So he did!”

Drew says that  “This is not a wrap, this took three cans of pin strip paint. The level of detail is amazing and it took over 500 hundred hours to paint.” Drew added that the custom Air Brushing by Stacey Lee.

Below is where Drew Carey was caught in Kentucky, getting gas, in his custom painted Mini Cooper. 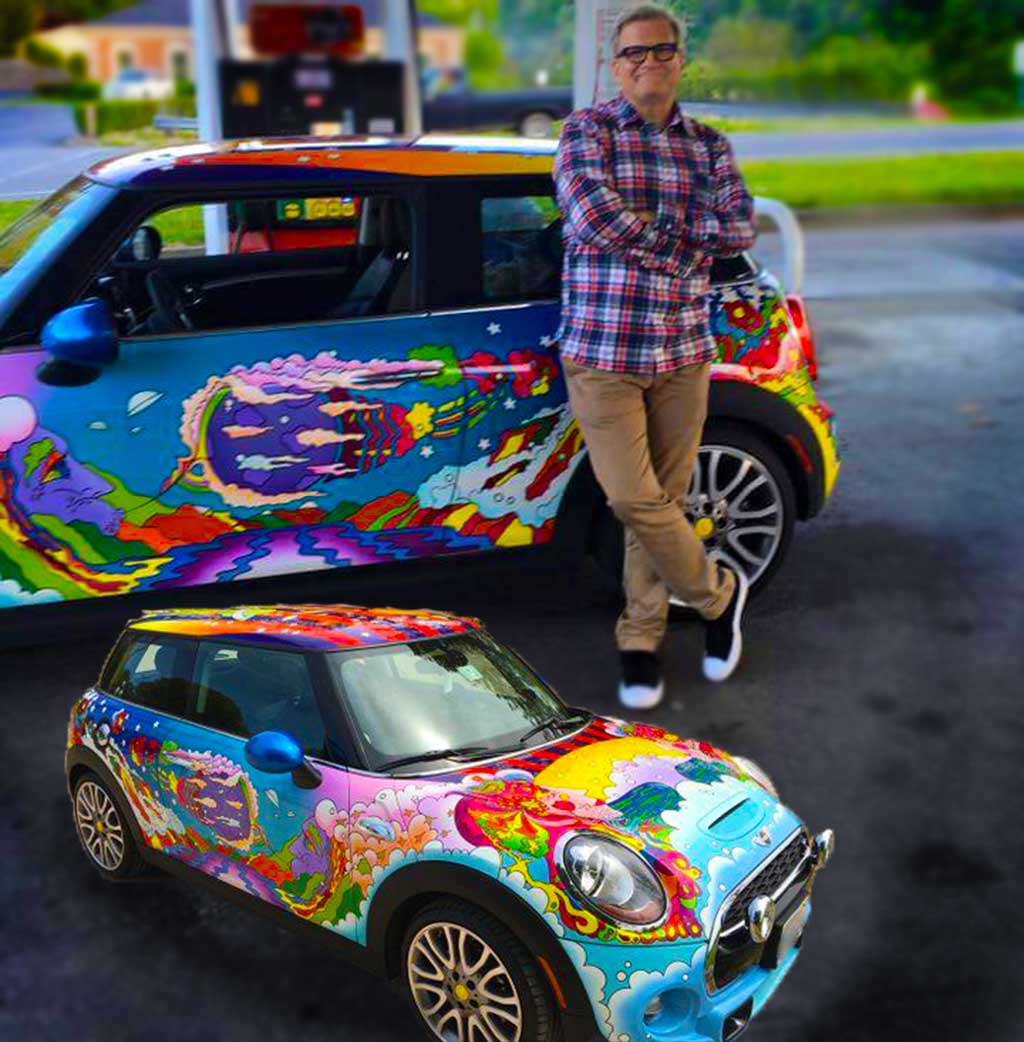 “This is not a wrap, this is three cans of pin stripping”
The level of detail is amazing – it took over 500 hundred hours to paint.

Back in the day, Drew’s car collection included a 1998 Porsche 911 Cabriolet. But if rumors are correct, Drew sold the  Porsche 911 a while back – just for laughs.

Drew Carey In His Back Shiney Black Porsche 911 Cabriolet

We think that the crazy custom-painted Mini Cooper enticed Jay Leno to recently feature the car in one of Jay Leno’s Garage Car Specials.  And after exchanging laughs with Drew, the two decided to compete in a Crazy Demolition Derby Style Car Soccer Match.

The competition was designed by Robert Rice, also known as the “Master of Mayham” on the track. Rice also dreamed up other crazy car racing events called  “Vhain Racing” and “Skid Blade Racing”.

The Demolition Derby Style Car Soccer takes place on the open blacktop. It includes three bang-up Honda Civics for each team. The goal is to drive the cars around and try to bump a 400-pound metal ball into a make-shift goal area. The team with the car running last is the winner.

And, rather than try to explain this crazy car game that totally destroys a car collection of 6 Honda Civics, I provided the video of the event below for your enjoyment. 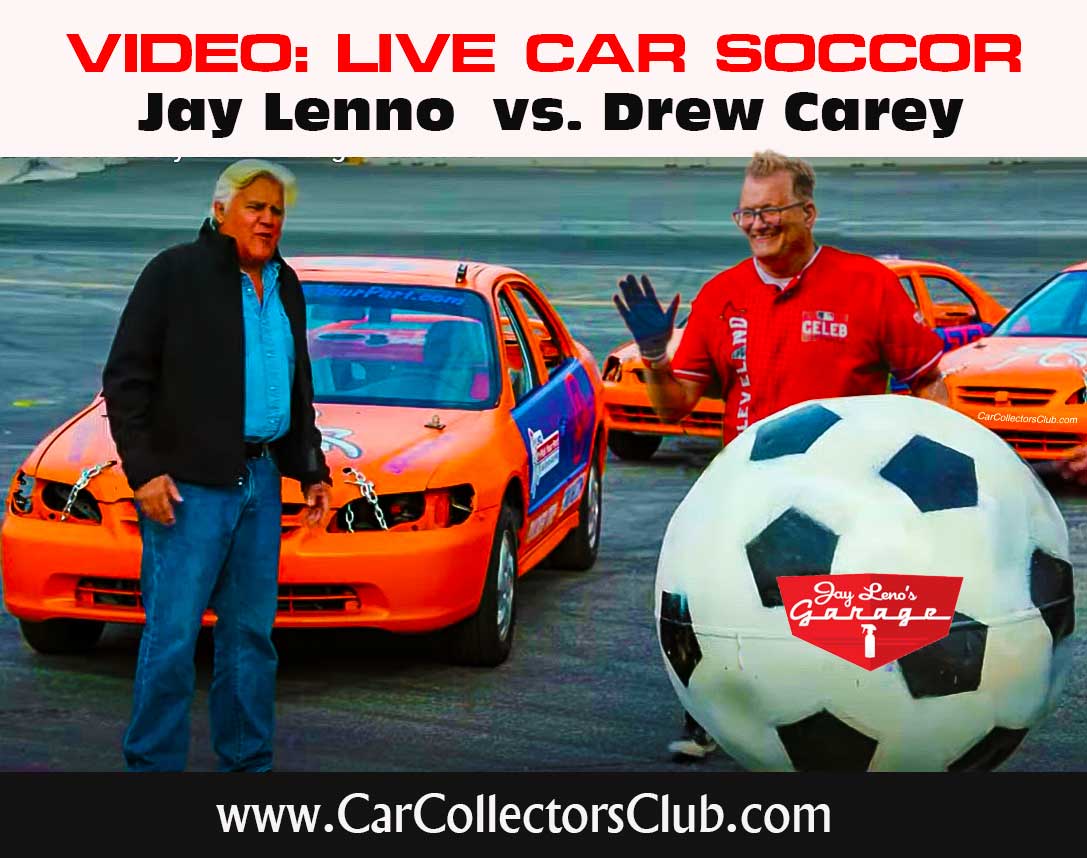 Jay Leno vs. Drew Carey In A Car Soccer Tournament