Revs Institute “Hoods Up Exhibition” Offers A Rare Glimpse Under The Hood Of 35 Legendary Automobiles In Naples, Fl Starting June 18, 2022 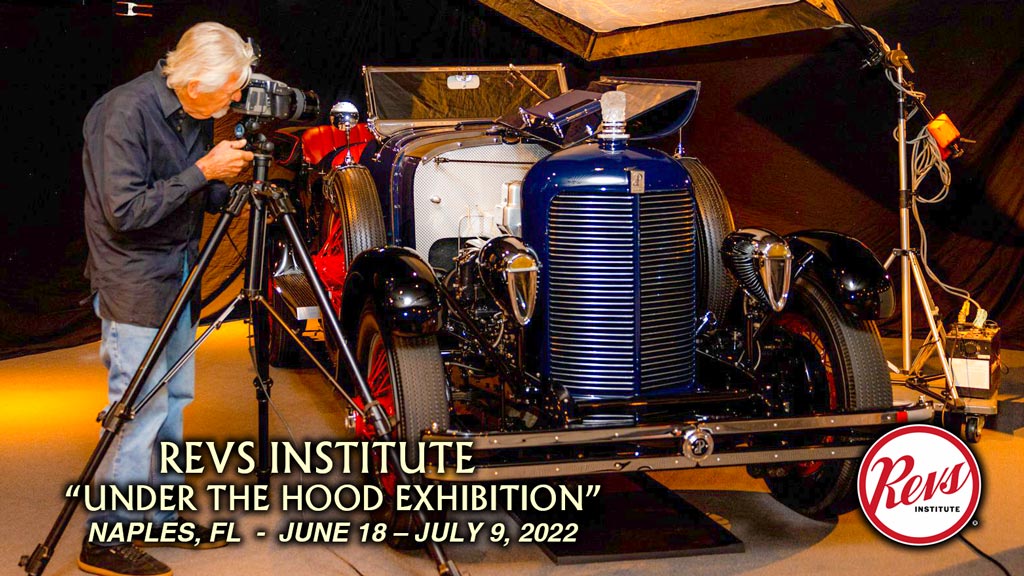 Naples Florida – For three weeks only, and just in time for Father’s Day, Revs Institute is doing something quite special. It is opening – or completely removing – the hoods of 35 historical, exceptional automobiles to reveal the engines that power them. The Hoods Up exhibition features cars from Miles Collier Collections.

The popular and much-loved annual Hoods Up exhibition returns to Revs Institute from June 18 – July 9, 2022.

This is a rare opportunity for guests to see the masterful engineering of historic automobiles firsthand. Some of the engines that will be on display have not been viewed by the public in decades.

New for 2022, Revs Institute’s followers on Instagram and Facebook will be able to vote for a People’s Choice car to be included in the exhibition; a photo scavenger hunt will challenge guests to search for obscure features among the Hoods Up cars, and a photo contest will showcase artistic snapshots of visitors’ favorite cars.

FROM THE WEBSITE: Located in Naples, Florida, the Miles Collier Collections of more than one hundred fine automobiles, housed at Revs Institute, in its own words, is “a curated assemblage of the most profound and rare automotive resources and innovations of our time, professionally preserved and authentically restored to their original build standards.”  Source:https://www.collierautomedia.com/high-revs

Under The Hood of a 1908 Mors Grand Prix Race Car with an exposed engine compartment – this cart is on display at the Revs Institute.

The above 1908 Mors Grand Prix Car is powered by an in-line 12.5-liter four-cylinder engine that kicks out about 100bhp. Mors race cars were often owned by the sportsmen elite such as Charles Stewart Rolls and William K. Vanderbilt Jr. The 1908 Mors was among many to race in the French Grand Prix.

#1 – The Revs Institute & Car Museum was recognized by Tripadvisor as the number 1 of 116 “Things to Do” in Naples Florida.

Guests will be welcomed by the collection’s much-lauded docents and volunteers who will be available to discuss these remarkable engines and answer questions.

This year’s selections include:

Visitors can see the engines of automobiles built at the dawn of the motor age, including an 1896 Panhard et Levassor Wagonette, the oldest motor car on display at Revs Institute, a rare 1901 Benz Dos-a-Dos and a 1908 Mors Type Grand Prix.

Hoods Up also include a variety of racing cars from the 20th century. Look under the hood of a 1948 Ferrari 166 Spider Corsa, the first racing Ferrari imported to the United States. Explore other standout racing cars such as the 1963 Corvette Grand Sport, 1962 Jaguar E-Type, and a pair of Ford GT40s.

This 1901 Benz Dos-à-Dos has a two-cylinder four-stroke opposed engine. The engine is 2690 cc and rated at 10 hp at 920 RPM’s. The Benz was fitted with a three-stage countershaft gearbox (including reverse gear) connected to the rear wheels by a chain. 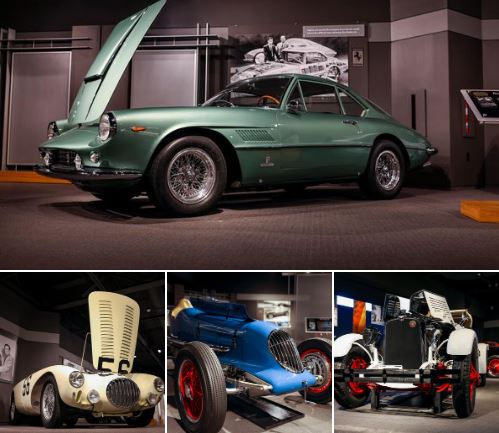 Click on the link in our Story or find the link below to cast your vote for this year’s People’s Choice Hoods Up car!
Cast Your Vote: https://forms.gle/iL6wAgdNs5AWHLQ47

VIDEO: INSIDE THE REV INSTITUTE

ABOUT THE REVS INSTITUTE

Revs Institute is more than a car museum — it is a place to see society through a different lens. It is an invitation into a working educational institution dedicated to the study, preservation, conservation, and restoration of historically significant automobiles. Explore the rich historic materials and images that define the automobile’s role in society and sport. Step into another world at Revs Institute.

DATES ND TIMES
The Revs Institute is open on Tuesday, Thursday and Saturday from 10:00 am to 4:00 pm.