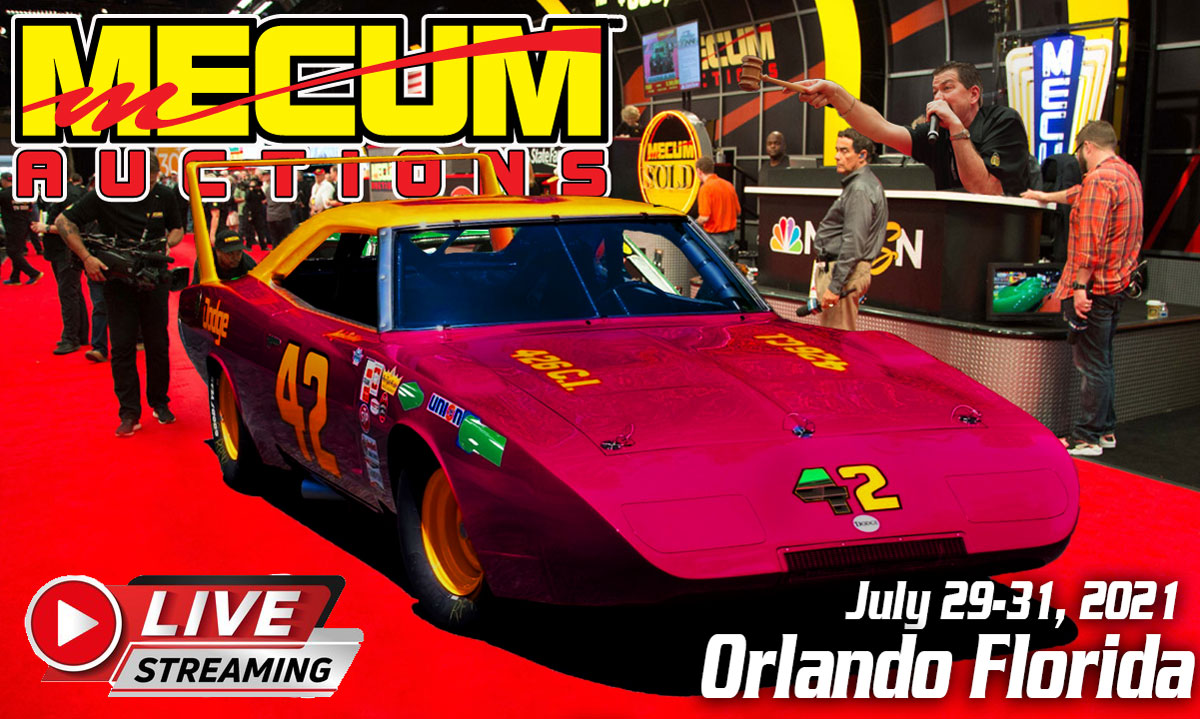 Live from Orlando Florida, Mecum will auction off over 1,000  classic vehicles including vintage and exotic cars from six private car collections from July 28th to July 31st.

Included in the four-day auction are a host of one-of-a-kind-vehicles, collectible cars from all era’s, vintage and rare motorcycles, classic trucks, auto memorabilia, and road art that will be auctioned off to the lowest bidder

The event will be available to watch up close and personal in Orlando Florida, or on a live streaming broadcast, or recorded for later viewing on this website.

CarCollectorsClub.com will be providing both a streaming live broadcast feed and all the past recorded video streaming feeds for later viewing.

Among the plus one thousand cars to be auctioned in Orlando, there are some notable original one-of-a-kinds cars to not missed.

A couple of cars that stand out as “one of a kind” are a 1970 Dodge Challenger R/T, and a 1969 Dodge Daytona NASCAR Purple race car that was once driven by Country Music Legend Marty Robbins. (PICTURE BELOW)

Another one-of-a-kind car is on the original 2020 Chevrolet Corvette 3LT Convertible which was the final example to be produced. (serial No. 19456).

FEATURED MECUM CARS TO BE AUCTIONED

One car that will bring a big hammer price will be this racing ultra-bright red 1987 Porsche 930 Turbo Slantnose with a Rare Factory Power Kit (LOT S93). Some Porsche luxuries of this collectible car include an exquisite Champagne bespoke leather interior with a custom dashboard and center console that includes one-of-a-kind Porsche gauges.

Only one example of this Porsche was ever made by the Porsche’s Special Wishes program for a private car collector. This car should bring in well over $400,000. 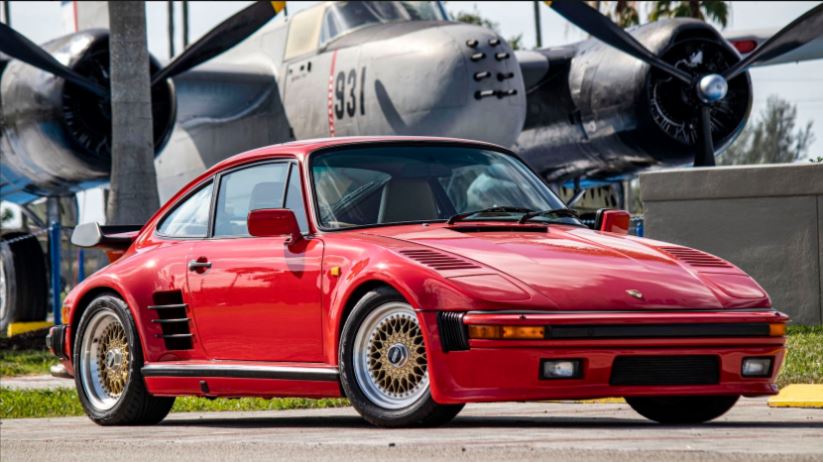 Looking back to the 50’s, one highly collectible car on the auction block is a rare 1958 Chevrolet Corvette Convertible 283/230 HP with a 4-Speed transmission.

For truck collectors, on the auction block is a vintage 1953 Chevrolet 3100 5-Window Pickup LS3/480 HP with an Automatic.

A little further back, coming available for bidding is a very rare 1942 Lincoln Zephyr 3-Window Coupe. Only 1 of 5 is known to exist.

For muscle car 1960s car collectors, there will be an ultra-high performance1969 Pontiac Firebird with a 400 Cl engine and automatic transmission.

MORE THAN SIX CAR COLLECTION TO BE SOLD!!

ABOVE VIDEO IS A LIVE STREAMING BROADCAST FOR JULY 31th, 2021 OF THE MECUM AUCTION FROM ORLANDO FLORIDA

The Mecum Auction will be broadcast on NBC Sports Network.

The Mecum Auction is scheduled be broadcast on NBC Sports Network.

IMPORTANT BROADCAST NOTE: The Orlando Mecum Auction from July 28-31, 2021 may not be broadcast live in NBCSN due to the overlapping broadcast of the 2021 Olympics. (Please consult your local broadcast service for details)

You can watch the Mecum Orlando Auction Live Broadcast on July 30 and July 31st h on NCBSN both live and replayed recordings.

The Mecum Orlando auction will also be replayed on July 31st on NBCSN (maybe).

Below is the complete schedule of times the auction will be replayed either LIVE or prerecorded.

THE UPCOMING MECUM AUCTION STREAMING LIVE WILL BE JULY 31, 2121 (SATURDAY) FROM ORLANDO FLORIDA.

One of the car collections to be auctioned off at the Mecum Auction in Orlando Florida in July is the Dickie Weaver Car Collection. Dickie started as an avid car collector of over 200 classic cars. Most of Dickie’s cars are American-made from the years 1940 to 1970.

Following is a list of some of the vintage cars to be sold from the Dickie Weaver car collections at the Mecum Auction Live Event. 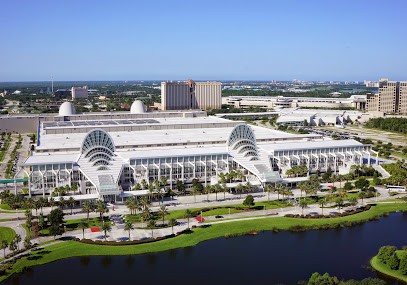 AUCTION SCHEDULE & SELLER’S CHECK-IN
Car Sellers should check-in Tuesday and Wednesday, July 27-28 from 8 AM until 6 PM

AUCTION TIME
The Gates open daily at 8 AM for both buyers and sellers.
Gates close one hour after the final vehicle of the day crosses the block.

VEHICLE AUCTION DATES & TIMES:
There will be three days of auction cars. It starts on Thursday, July 29th, continues through Friday, and ends on Saturday, July 31, On all three days the auction starts and at 10 AM and ends after 6 pm.

SAFETY PROTOCOLS
All Mecum Auctions staff will be adhering to Florida local, state, and federal guidelines regarding the protection against COVID-19. All buyers and sellers are encouraged to do so for their own safety, as well as others.

Tickets online and in advance are only $20 per person and $30 per person the day of the auction. Children get in for free and must be accompanied by a parent.

Advance Tickets are $20 per person, per day and are on sale until July 28, 2021, CDT.
Once The Auction Begins ticket prices are $30 per person, per day. (Both at the gate and online)
Young children 12 years and younger are admitted for free.
**All Mecum admissions are sold on a non-refundable basis.

LIVE STREAMING TV BROADCAST SCHEDULE
The entire Mecum Auction will be broadcast daily live from Orlando Florida but will a slight delay.

The live stream will be available July 29th through July 31 at www.carcollectorclub.com Further broadcast schedule to be announced. 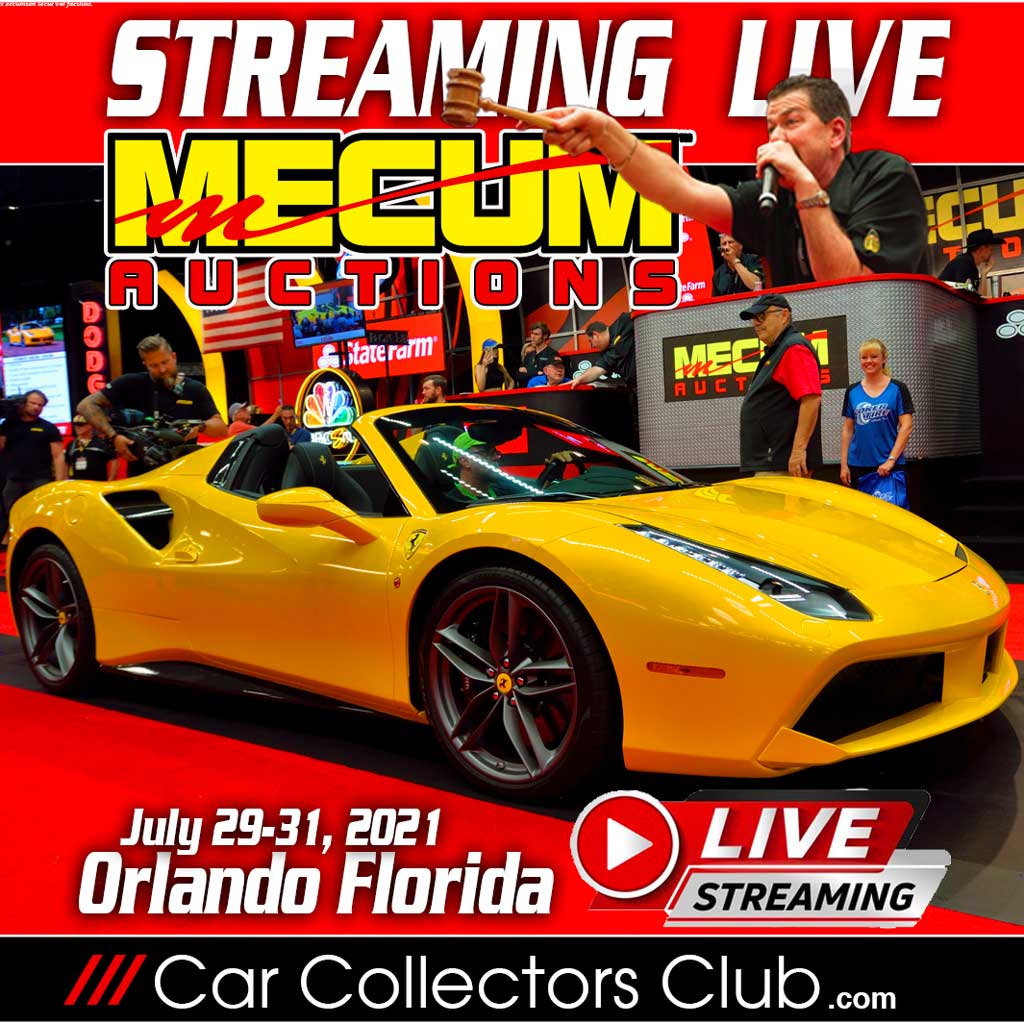