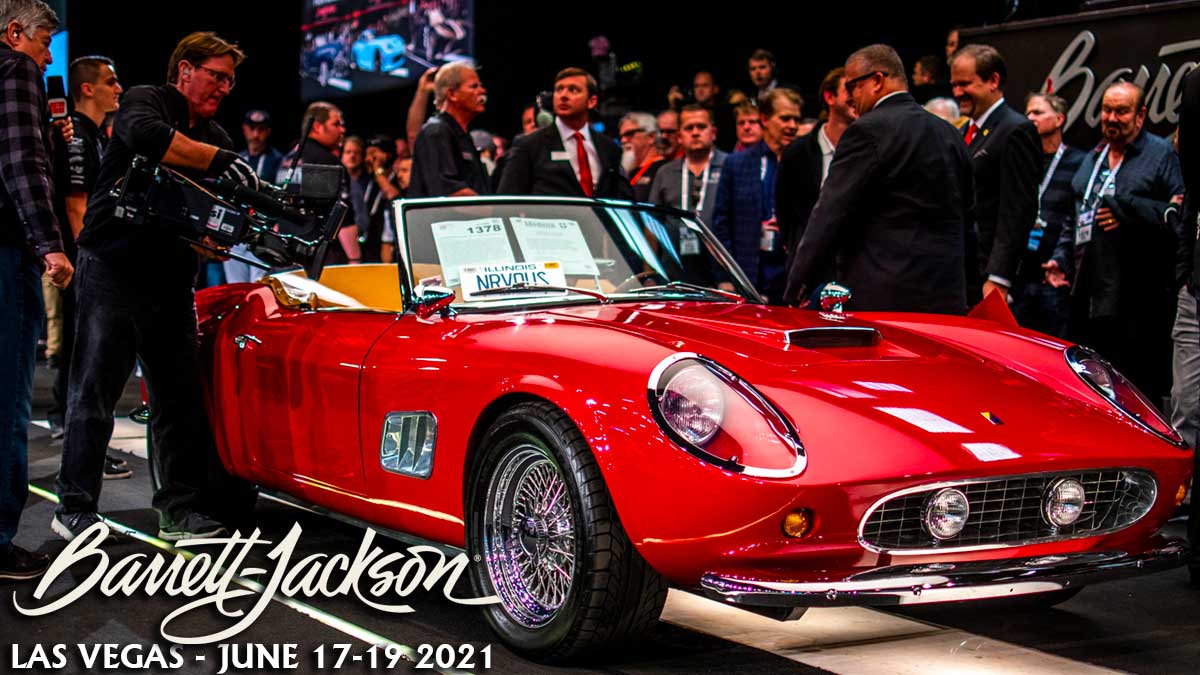 Barrett Jackson will be auctioning hundreds of super-rare collectible cars from a boat load of movie stars and celebrities in Las Vegas, at the Las Vegas Convention Center, the week of June 17-19, 2021.

Here are some of the celebrity car collections that will be for sale: Wayne Newton, Siegfried & Roy, Jon Grunden, Bill Goldberg, and Frank Sinatra.

Additionally, celeb collection cars for sale are from the “The Deuce” Henry Ford II’s and never his seen before  1966 K-Code Mustang. And, Jon Gruden’s Rare 2015 Shelby GT350R Among.

More collectible cars for sale are “The Fast and the Furious” movie a Toyota Supra, and  Bill Goldberg’s Custom WCC Chopper,

Lastly, is a  hyper rare McLaren P1 Owned by Deadmau5 is even going to get a new home.

The will be a No Reserve on most lots.

Barrett-Jackson, The World’s Greatest Collector Car Auctions, will offer collectible vehicles owned by some of the biggest Las Vegas entertainment legends, including Wayne Newton, Siegfried & Roy and Frank Sinatra during the 2021 Las Vegas Auction, June 17-19, 2021, at the West Hall of the Las Vegas Convention Center (LVCC). Among the No Reserve offerings will be a custom 1981 Mercedes-Benz 380SL roadster (Lot #703) from Wayne Newton, as well as a pair of highly collectible cars from the estate of Siegfried & Roy: a 2011 Mercedes-Benz SLS AMG Gullwing Coupe (Lot #771) and a 1994 Rolls Royce Corniche (Lot #772).