The most recognizable Ford Bronco in the world and the first “super car” of off-road racing—piloted by one of the most diverse and successful drivers in motorsports history—will be offered for sale to the public for the very first time this May. The famed 1969 Ford Bronco Baja 1000 Racer known as “Big Oly”—still owned by its even more famous pilot Parnelli Jones—is slated to cross the Mecum auction block in Indianapolis. 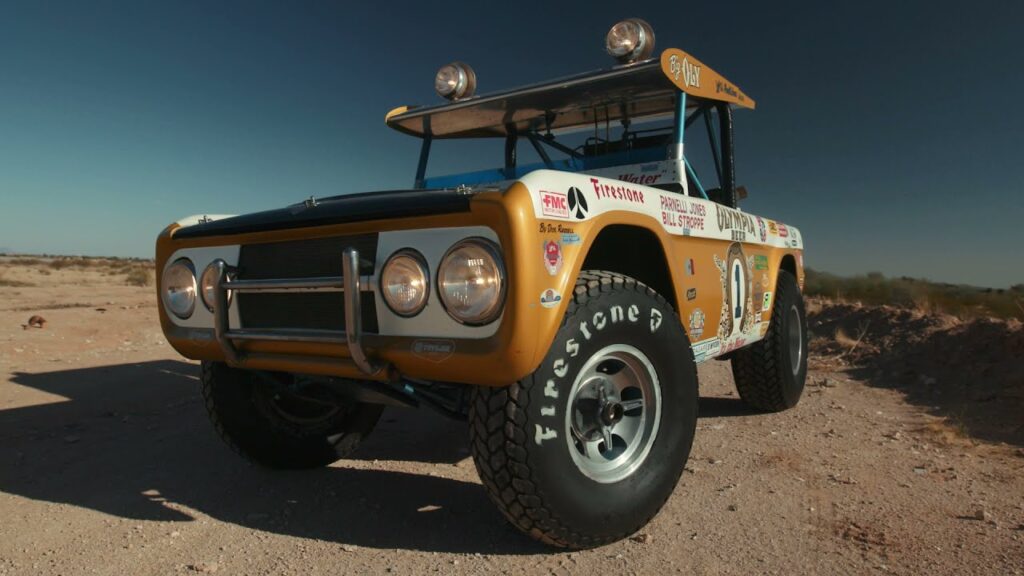 The famed 1969 Ford Bronco Baja 1000 Racer known as “Big Oly”—still owned by its even more famous pilot Parnelli Jones—is slated to cross the Mecum on May 14. 2021 auction block in Indianapolis.

Big Oly is best known for conquering the Baja 1000 course twice in back-to-back victories, and its offering at auction will be another historic moment for the winning Bronco as it crosses the block from Jones’ private collection, along with a handful of other impressive vehicles—including a Formula One Race Car—and a selection of cherished memorabilia items from Jones’ personal office. 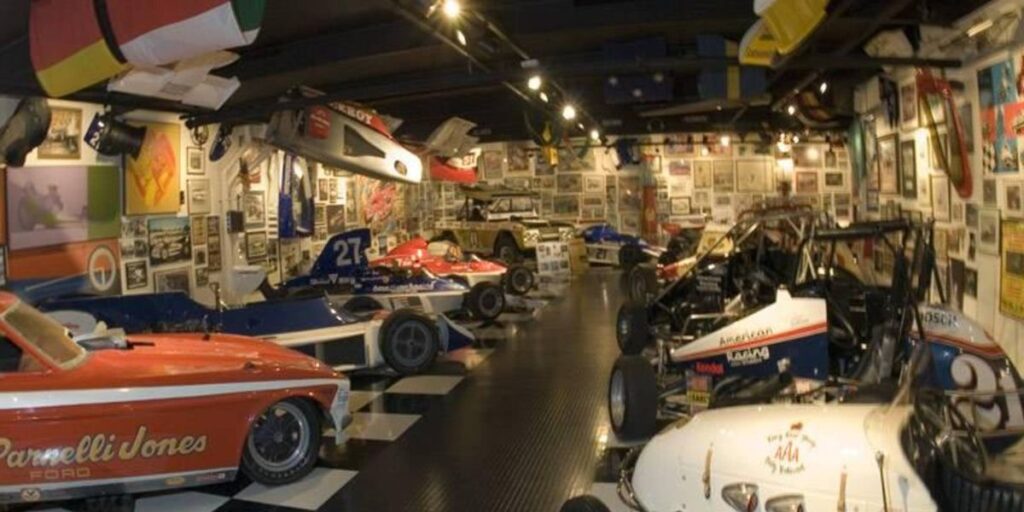 The Parnelli Jones’ Car Collection in Torrance, California, is one of the most fascinating collections of race cars we’ve ever seen.

The entire Parnelli Jones Collection will join approximately 2,000 other vehicles and a large assemblage of Road Art offerings for the annual auction, which stands as Mecum’s flagship event and one of the auction house’s largest.

Jones’ history as a professional race car driver and team owner is extensive; he’s best known for winning the Indianapolis 500 in 1963, and his other most notable career moments include being the first Indianapolis 500 driver to qualify at over 150 MPH in 1962 and winning the race as a team owner in 1970 and 1971 with driver Al Unser Sr. Jones’ race record extends far beyond the brickyard with a roster that also includes sports cars, sprint cars, midget cars, off-road vehicles, and stock cars.

Among other offerings from Jones’ private collection slated to cross the Mecum auction block are two Saleen Mustangs—No. 001 and No. 003 of the Parnelli Jones’ 1970 SCCA Trans-Am Championship tribute editions—as well as a 1994 Ford Mustang Indianapolis 500 Pace Car, the 1974 Parnelli VPJ-4 Chassis 4/002 Formula One car driven by Mario Andretti and an exacting replica of the 1963 Indianapolis 500-winning car known as “Ol’ Calhoun.”

Mecum’s website is updated daily with the latest consignments including detailed descriptions and photographs of the vehicles. To view the list, to consign a vehicle or to register as a bidder for this and all Mecum auctions, visit online, or call.

Gates open daily at 8 am, and vehicle auction begins at 10 am daily.

$200, bidder registration (includes admission for two to each auction day.) Those unable to attend and bid in-person are encouraged to register for telephone and internet bidding, which allows for convenient bidding from the comfort of home.

—still owned by its even more famous pilot Parnelli Jones—is slated to cross the Mecum auction block in Indianapolis. 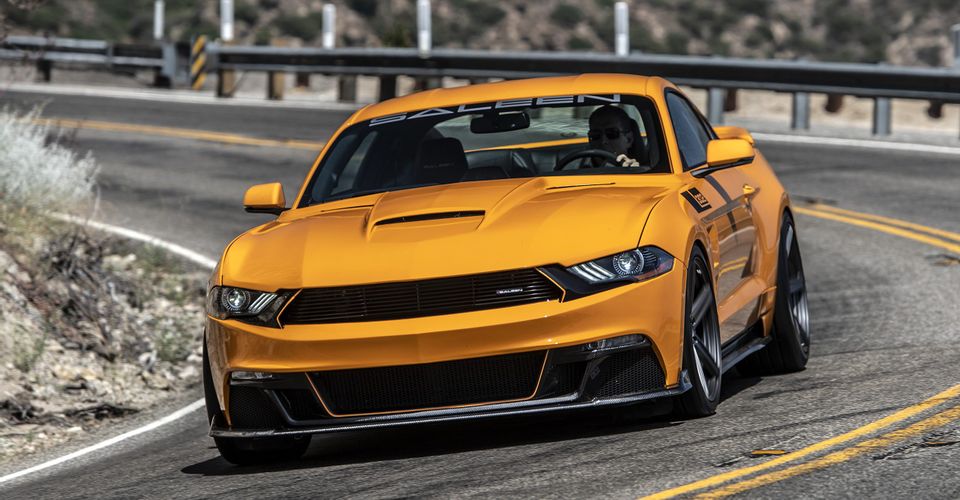