Patrick Mahomes is growing his car collection as he recently bought himself a brand new 2020 Ferrari 812 Superfast exotic supercar, a Lamborghini Urus SUV for his fiancé, and soon to be wife, and a  brand new Genesis G70 luxury sedan that he won for winning last year’s Super Bowl MVP Award.

“Nothing like waking up at 8am to a new car on Monday,” Brittany Matthews said as she thanked her fiancé, Patrick Mahomes.

Matthews and Mahomes met while attending Whitehouse High School in Whitehouse, Texas. According to Yahoo! Sports, the two have been dating since the 10th grade.

At the end of July, ESPN reporter Louis Riddick shared a photo of Mahomes’ new Ferrari 812 Superfast. And, according to Car and Driver, the 2020 Ferrari 812 Superfast starts at $338,000. This may sound like a lot of money to you and me, but for the Chiefs’ quarterback, it’s only a drop in the ocean.

Patrick Mahomes’ taste in cars is a little unusual. Most of the time, NFL players with big contracts have garages filled with all kinds of exotic cars. As matter of fact, out of all professional sports categories, NFL players are known to have the most awesome, pretentious, and sick car collections. 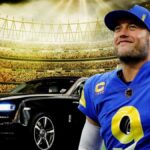 But Patrick Mahomes is different; the Ferrari 812 Superfast he now ownes is a classy car, a car of taste, and the only supercar he owns.

So why did he decide to buy his new Ferrari? Well, take a look at what type of car Patrick Mahomes drives, and you’ll have your answer.

Like Mahomes, Genesis is the new kid on the block, so it was only fitting that the two ended up together. The luxury sedan has a sporty exterior, a high-end interior, and  supplies enough space to fit the entire Mahomes clan. 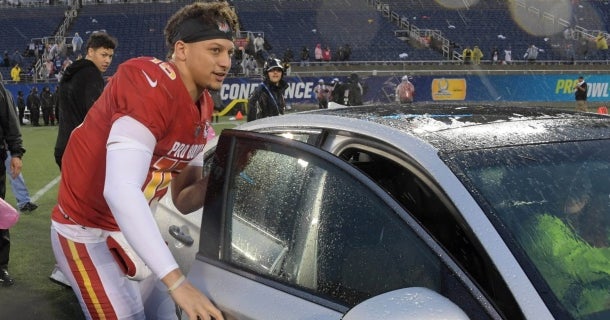 Although, the G70 isn’t entirely tame; the sportier version of the sedan comes with an impressive 3.3-liter twin-turbo V6 engine, which produces up to 365 horsepower when paired with the manual transmission.

This year Mahomes was set to add a Hyundai to his rapidly growing car collection, but unfortunately, it wasn’t to be.

Despite receiving the Super Bowl MVP, Mahome didn’t drive home in a new car –  which used to be the case in the past. This is basically because ever since Hyundai became the new official partner of the Super Bowl, they haven’t given out a free car.

A lot of eyebrows were raised when Ferrari announced their car lineup for 2017, and there were no cars designed by Pininfarina. The release of the Ferrari 812 Superfast marked a new start for the people in Maranello.

Long after Ferrari announced their intentions, one question kept popping up. Between Ferrari and Pininfarina, Who designed the better Ferraris? And it still divides opinion to this day.

Up to now, the 812 Superfast has done an excellent job outrunning the shadow of its legendary predecessor, the F12 Berlinetta. And has established itself as one of the greatest Ferrari’s of all time.

The 812 Superfast is also proof that even though Lamborghini overtook Ferrari as the premier Italian sportscar maker, the people at Maranello still know how to make a decent car.

Similar to Ferrari, the 812 Super Fast also represents a new start for Patrick Mahomes. After signing his mega-contract, it was the first car he bought. It was a massive upgrade from his usual ride and is sure to raise a few eyebrows.

The shadow of his half a billion-dollar deal will follow Mahomes wherever he goes, but if he’s in the driver’s seat of his brand new Ferrari, then he stands an excellent chance of outrunning it.